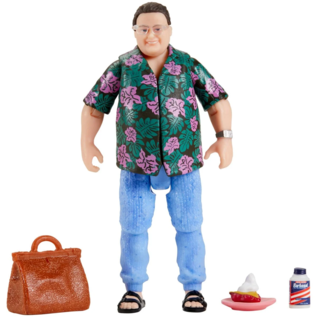 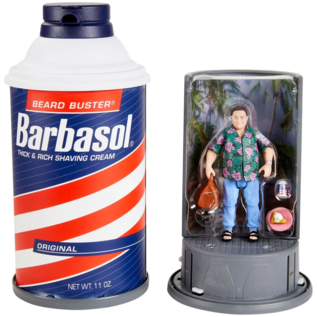 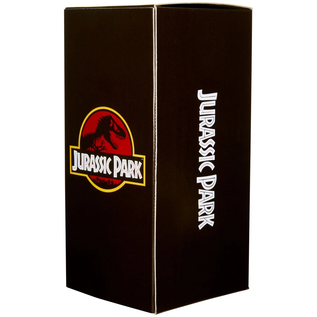 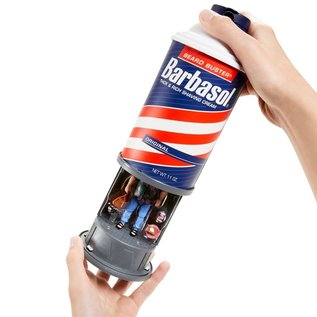 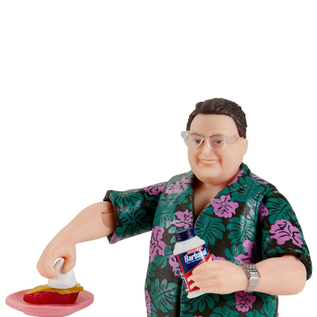 NOTE: This item was originally slated as a San Diego Comic-Con 2020 Exclusive for Mattel and Entertainment Earth. It will not include an [email protected] sticker, nor a Convention Exclusive sticker.

Mattel / Entertainment Earth Convention Exclusive! "Nedry! Nedry! We’ve got a Nedry figure here!" Based on the original Jurassic Park film, this Jurassic Park Barbasol Dennis Nedry Action Figure - 2020 Convention Exclusive is a must-have collectible for fans. In his splashy Hawaiian shirt and shorts, he measures about 3 3/4-inches tall and comes with film-accurate accessories that include the bag of money from Dodgson, a piece of pie, and the Barbasol can of embryos so you can reenact your favorite scenes. The 7 1/2-inch tall packaging is based on the Barbasol Beard Buster shaving can seen in the movie - it lights up and speaks authentic Dennis Nedry dialog! This exclusive figure is available for a limited time only, so grab yours before it goes extinct and you miss out. Colors and decorations may vary. Ages 8 and up.

This cool Nedry figure is hidden in a Barbasol can that holds him and serves as a display case. For extra fun, twist the base of the can package to trigger a dramatic light effect and reveal the figure! Press the top of the can to hear these iconic lines Nedry says in the movie:

Relive the exciting big-screen action of Jurassic Park with this highly collectible Dennis Nedry figure! The fan-favorite villain and devious programmer is inspired by the scene when Nedry meets Dodgson for the cash-for-embryos deal in the original film. As Nedry enjoys a nice seaside breakfast, Dodgson shows up with a bag of money and the modified Barbasol can to hold the embryos.

We reserve the right to limit quantities ordered.