Starscream's mean team is on the scene! Check out this amazing 7-inch Decepticon G2 Sandstorm figure. 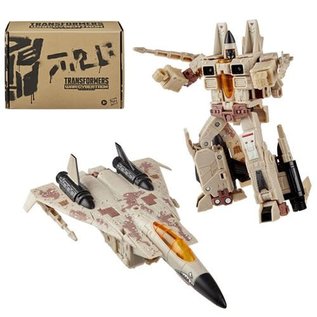 It's the G2 Sandstorm figure fans have been waiting for! For the first time ever, fans can add the elusive character to their collection! This special edition WFC-GS21 Decepticon Sandstorm figure is inspired by the mockup of the never released G2 figure, featuring desert camo deco and a ferocious snarling face on the nose of the jet mode. This Transformers Voyager Sandstorm Figure converts from robot to jet mode in 25 steps and comes with 2 null ray accessories that can attach to the figure in robot and jet modes. Order today! 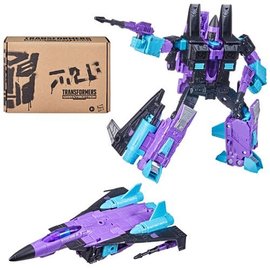